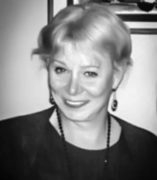 Deirdre McCloskey’s focus is on rhetoric, especially rhetoric of science and scholarship, the history of rhetoric, and language and the economy.

McCloskey has written a dozen books and edited a dozen others, and has written some 300 scholarly articles in economics, British history, rhetoric of economics, statistical theory, literary criticism, sociology of science, law and economics, academic policy, and an autobiography titled Crossing: A Memoir, which was a New York Times Notable Book in 1999. Her books most relevant to Communications are The Rhetoric of Economics (1985; 2nd ed. 1998); If You're So Smart: The Narrative of Economics Expertise (1990); and Knowledge and Persuasion in Economics; (1994); and among edited books, with J. Nelson and A. Megill, The Rhetoric of the Human Sciences: Language and Argument in Scholarship and Public Affairs. Her most recent project is a projected four volume-set on The Bourgeois Virtues, Volume 1 of which, Ethics for a Commercial Age, is drafted.

McCloskey is joint with the Departments of Economics, History, and English at UIC, and she regularly visits at Erasmus University in Rotterdam (in Philosophy, Economics, and Art and Cultural Studies). She has taught in Australia, the Netherlands, and England, and has been a Guggenheim and National Humanities fellow.