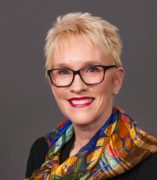 A former broadcaster and print journalist, Lind has been on the University of Illinois at Chicago faculty since 1992. She has taught courses on a variety of issues, including race and gender in media, processes & effects of mass communication, media ethics, and mass communication theory. Lind has published numerous articles and has received a variety of grants to support her research. She also serves as Associate Dean in the College of Liberal Arts and Sciences. She has published two volumes of Produsing Theory in a Digital World: The Intersection of Audiences and Production in Contemporary Theory, and three editions of Race/Gender/Class/Media:Considering Diversity Across Audiences, Content, and Producers.