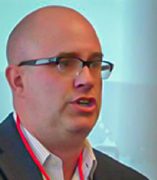 Mike is an SPJ digital trainer who has taught Google News Initiative tools to more than 12,000 journalists and educators in the past six years. He also is  founder of Penny Press Digital LLC, a digital consulting and training company that works with media outlets such as USA Today. At UIC, Mike teaches data and digital journalism courses in which students produce stories for the award-winning RedLineProject.news (https://redlineproject.news/) website and social channels.

A former reporter and copy editor at the LA Times and a founding editor of ChicagoTribune.com, Mike served for 13 years as a full-time faculty member at Northwestern, Arizona State University and DePaul University. He holds journalism degrees from the University of Nebraska-Lincoln (BJ) and Northwestern University (MSJ). Mike founded the research site The Journalist’s Toolbox (http://journaliststoolbox.org) in 1996 and continues to update it. His first book, "Data + Journalism" will be released by Routledge in early 2023. Twitter: @journtoolbox