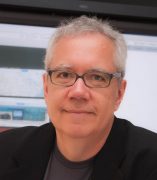 UIC Distinguished Professor of Communication at the University of Illinois at Chicago and Adjunct Research Professor in the Institute of Communications Research at the University of Illinois at Urbana-Champaign, Jones’ books have earned him critical acclaim and interviews in national and international media. A co-founder of the Association of Internet Researchers, he has made numerous presentations focusing on the Internet’s social and commercial uses, and social changes in the Internet age. His research has been funded by the National Science Foundation, National Institutes of Health, Centers for Disease Control and the Tides Foundation.

Jones is Editor of New Media & Society, an international journal of research on new media, technology, and culture, and co-editor of Mobile Media & Communication, both with SAGE Publications. Jones is also co-editor of Digital Formations, a series of books on new media for Peter Lang Publishers. He has provided Internet consulting services to numerous corporations and not-for-profit organizations, and served as Senior Research Fellow at the Pew Internet & American Life Project.

PhD, Institute for Communications Research; University of Illinois at Urbana-Champaign