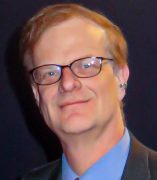 Walter J. Podrazik is a respected television historian, analyst, and media planner. A graduate of the School of Communication at Northwestern University, he is an adjunct lecturer at the Department of Communication at UIC, where he has taught courses on future TV, television history, and the intersection of mass media and politics. Podrazik has experienced firsthand history-in-the-making handling media logistics at such high profile events as the Democratic Party's quadrennial presidential nominating conventions. He currently serves as television curator at the Museum of Broadcast Communications and as a member of the board of directors of the Library of American Broadcasting Foundation. He is co-author of ten books including the television history Watching TV. For the 2017 Great Books volume Tube Talk he wrote “Pursuit of the Public Interest in the Vast Wasteland” about the continued relevance of Newton Minow’s Vast Wasteland speech. Podrazik was among the on-camera expert voices in the CNN Decades miniseries The Nineties and The 2000s.